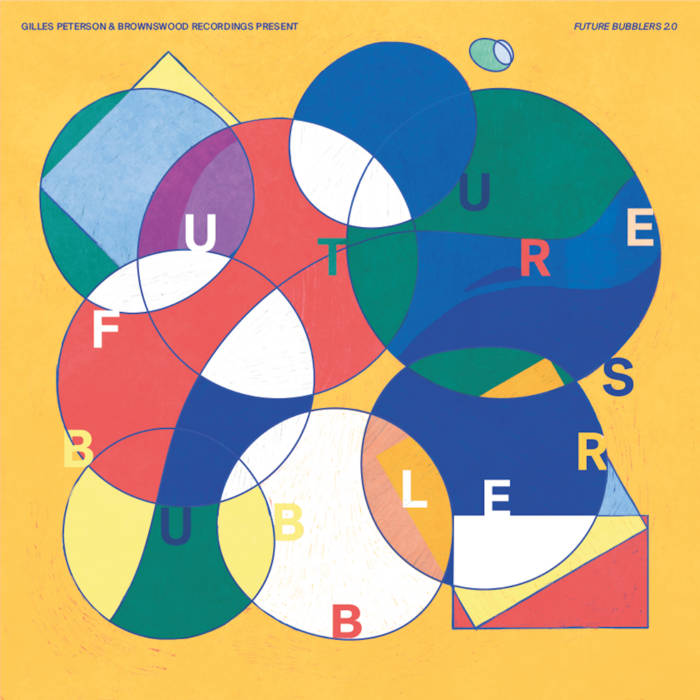 DJ V From CHICAGO Dope project throughout as was the first edition, this track being the standout. Favorite track: Horizon.

Each year Future Bubblers welcome a fresh clutch of artists onto their books. Started by BBC 6 Music broadcaster and Brownswood label boss Gilles Peterson, it serves two connected functions: it’s both community and support structure for upcoming musicians. The music on the second edition of the compilation series spans a broad, soulfully-minded spectrum: from choral meditation, to melancholic synth washes and lovelorn R&B.

The idea behind the programme is to support leftfield music, in the broadest sense of the word, and to mentor each of the artists to find their authentic sound and navigate the music industry. In operation since 2014, artists are chosen through an open application process each year. They’re paired with a mentor from the music industry who, along with the Future Bubblers team, have acted as a sounding board for ideas as well as offering practical advice. This album is focused on the nine artists from Year 2 – that is, the programme’s second year (with a bonus appearance from Year 1 Bubbler Medikul, a reflection of how these artists have become an extended family).

Skinny Pelembe starts proceedings with ‘Laxmi Flying’, a fresh take on his earlier track ‘Baby Laxmi’. The original featured on his debut EP ‘Seven Year Curse’ which came out part way through his first year with Future Bubblers. This new version strips back instruments in favour of vocals, with layered voices lending the track a spiritual feel.

‘Are You’ is a three-way collaboration between Manchester-based singer Mali Hayes and producers R. Lyle, based in Sheffield, and Medikul, based in Nottingham. Gentle chords and a chorus of playful sonic elements complement Hayes’ soulful vocals. There’s a warm glow to Nashe xx’s ‘Bad Mind’, too, in which the Sheffield-raised, London-based artist delivers an R&B cut that’s destined to be stuck on repeat.

On ‘Given’, Brighton-based producer and singer Elsa Hewitt conjures an inviting atmosphere, combining her voice with snippets of percussion and found sounds to create an evocative soundscape. ‘Summer Wish’, meanwhile, displays Ratomagoson’s typically stripped-back approach: an ear-pricking bassline and a four-to-the-floor beat are the foundation, upon which he gradually builds lush layers of melody, percussion and flashes of reverb-y guitar.

Broadstrokes’ ‘Underwater’ is a soft, sparingly-composed meditation that’s all about letting the sound of the piano shine. The Nottingham-based artist also sings, adds sparing drum beats for emphasis, as well as a short trumpet solo – but the piano is undoubtedly the centrepiece. ‘I Want You,’ by Nottingham-based Beat Baby (formerly known as Missy), is
alluring and personal in equal measure: watery keys and skittering percussion are the backdrop for lyrics about balancing romance with the demands of everyday life.

Bandcamp Daily  your guide to the world of Bandcamp

Guests include Kassa Overall and Muriel Grossman, plus an LP of the week by Van Hunt.